The 2020 Tokyo Olympics are approaching.

Fortunately, I won the first lottery and one of my family members won the second lottery.

Olympics will be held in Tokyo for the second time in its history.

What are the differences between the 2020 Games and the first 1964 Games?

I am native Japanese living in Tokyo area.

This article explains the comparison between the 1964 and 2020 Games in an easy-to-understand manner.

Schedule – From autumn to summer

One of the frequent issues in the 2020 Tokyo Olympics news is the intense heat caused by the summer season.

The opening ceremony of the 1964 tournament is October 10.

It was held in autumn.

The closing ceremony was October 24th.

October 10th, the opening ceremony of the 1964 Games, became “Physical Education Day” since 1966 in Japan. 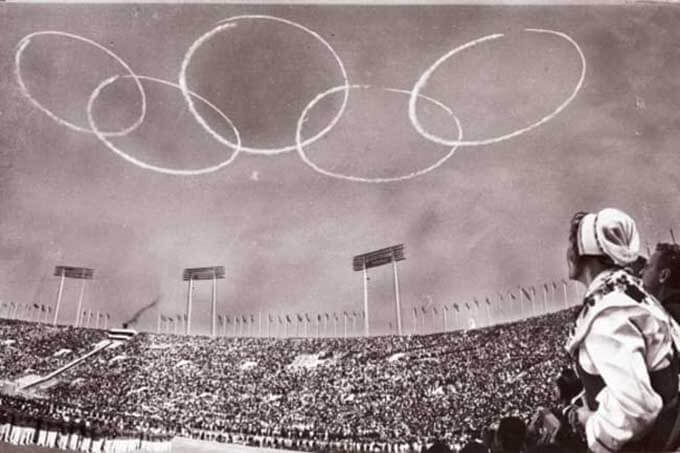 Ceremony for the 1964 Tokyo Olympics (quoted by Nikkei Online Edition)

Background of these two Olympics

Let’s look at the background behind the decision to host the 1964 and 2020 Games in Japan.

The 1964 Games were the first Olympics held in Japan and Asia, and the first ever Olympics in a “colored race” nation.

At the general meeting of the Japan Olympic Committee (JOC) held on September 7, 2013 in Buenos Aires, the capital of Argentina, they decided that 2020 Olympics will be held in Tokyo by defeating Istanbul in Turkey and Madrid in Spain.

Although preparations have been made, the Japanese government has returned the right to hold the event due to the impact of the Sino-Japanese War (Chinese incident), and so on.

Although Japan was defeated in the Second World War, which was entered after returning to the Tokyo Olympic Games in 1940, the 1964 Games were regarded as the Olympics with symbolic meaning of Japan that had made a rapid resurgence after the defeat.

（ALWAYS三丁目の夕日’64 ）” depicts the Tokyo downtown area that boiled up in the 1964 Tokyo Olympics and the situation at that time very well .

“ALWAYS 3-chome Sunset ’64” is a Japanese movie based on the comic “Sunset 3-chome（三丁目の夕日）” by Ryohei Nishigishi（西岸良平）. Starring Hidetaka Yoshioka（吉岡秀隆）.

The number of competitions increased 1.65 times

A comparison of the number of competitions between the 1964 and 2020 games.

The population of Tokyo increased by about 1.3 times

How many people were/are living in Tokyo, not visitors the Tokyo Olympics?

This section compares the population of Tokyo immediately after the 1964 Games and just before 2020.

As of 1965, the year following the convention, 18.69 million residencies

Immediately after the 1964 Games and just before 2020, the population of Tokyo has increased 1.3 times.

In the meantime, I, Japanese residence, feel that people continue to gather in Tokyo, because of more public transportation and companies, but I am surprised to know that it is only a 1.3-fold increase.

The number of visitors during the Olympic period – 113 times increase

Tokyo, the center of the Olympic Games, attracts not only players and people involved, but also people from Japan and overseas for watching purposes.

How many people have visited/will visit Tokyo during the Olympics?

(based on 日本政府観光局統計データ(statistics from the Japan National Tourism Organization))

(based on 日本政府観光局統計データ(statistics from the Japan National Tourism Organization))

This section compares the number of accommodations to accommodate domestic and foreign tourists who gather during the Olympics.

During the period, about 600 foreign tourists stayed at about 280 private homes.

It is said that the term “private lodging” came from the 1964 Olympics.

As mentioned above, the the 1964 Olympics had a symbolic meaning of Japan, which has rapidly revived after the defeat.

In order to accept foreigners coming to Japan, accommodation facilities were built one after another, bringing together the latest Japanese technology.

Hotel New Otani(ホテルニューオータニ)), which was born at the request of the Japanese government to make up for the lack of accommodation facilities during the 1964 Tokyo Olympics

New Otani had the world’s first unit bath in 1,058 rooms (at that time) It is one of the hotels that was born with national prestige.

In addition, it was the hotel that appealed to the world by introducing the latest technology, the first 17-story skyscraper in Japan, to the largest revolving lounge where you can see Mt. Fuji from all the seats.

The Hotel New Otani, which is still a representative hotel in Japan, is also a historic building that symbolizes the 1964 Olympics.

Games where there is a shortage of hotels and lodging facilities

On the other hand, the lack of accommodation facilities is an issue at the 2020 Games.

According to Mizuho Research Institute “Mizuho Report(みずほリポート)”, if 40 million foreign visitors are accepted, there is a shortage of 44,000 rooms.

In the case of the writer, the ticket was won, so I planned to watch the game with my family and managed to hold one room.

Speaking of the ease of finding hotels, Jalan is a travel site from Japan, many travel sites from overseas (Japanese version is available), and

Agoda said, “If you check the site regularly, It was the situation that the hotel to go out might be published.

For hotel reservations during the Olympics, we have made a separate article below. If you need more information, please read it together.

The Tokyo Olympics are coming soon.

This article has introduced the 1964 Games and the 2020 Games in an easy-to-understand comparison.