This article introduces some Japanese news about how the Tokyo Olympics mascot have been chosen.

This article is the translation of TBS news and Nikkan Supports news（ Japanese）.  Also, the source of all images is the article.

The organizing committee announced on the 2nd July that it is a policy to have the volunteers in charge of the competition enter the venue at the last train of the previous day about the games that is started early in the morning at the 2020 Tokyo Olympics and Paralympics. 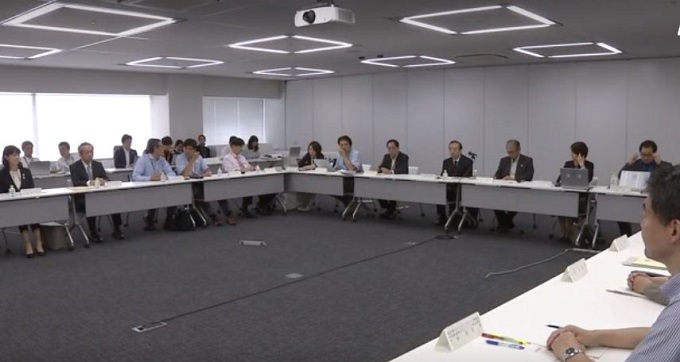 More than 200,000 people are currently applying for “Convention Volunteers” of the 2020 Tokyo Olympics and Paralympics, and the Organizing Committee will select and announce 80,000 people from this by September.

On the 2nd of July, the committee, which is carrying out a specific study on this volunteer, confirmed that the transportation means of the volunteer will basically use public transportation.

Some volunteers will enter the venue day before the games

In addition, if you are in charge of an early morning competition where volunteers can not catch up with the first train, such as a marathon scheduled to start at 6:00 am, proceed with the study with the plan to have you enter the venue at the last train of the previous day.

In addition to the above, the meeting also discussed the heat resistance training contents for volunteers and the forms of meals provided, and the organizing committee made trial and error even at various competition test events held this summer.

On the 2nd, the Organizing Committee of the Tokyo 2020 Olympics and Paralympic Games on the 20th revealed that the rules for posting on SNS by volunteers will be clearly stated.

An opinion came out at the volunteer examination committee held in Tokyo.

Recently, “part-timer terrorism”, which damages the image of a company, has become a social issue, with employees of restaurants and retailers shooting up annoying videos and uploading them to SNS.

Mr. Akira Seike stated that “it is not desirable to send videos that can not be permitted in society, such as entering a refrigerator at a convenience store. It is against the spirit of the Olympics.”

It was also necessary to pay attention to the audience who did not want to appear in the videos and images.

According to Masaya Ninomiya, an associate professor at Bunkyo University（文教大学）, “Unlike the “part-timer terrorism”, the effects against players, against audiences or against volunteers, etc. are supposed to be included.

This includes breaking the player’s playing environment and the mood for the audience to enjoy. It is said that

The terms of participation had already described SNS postings to follow the organization’s agreement, but the details were not formulated.

If you can not keep the terms of participation, you may lose your volunteer status.

The volunteers will be served the lunch boxes

The committee also discussed the meals of volunteers.

The organizing committee office was considering distribution of the lunch box, but the committee members said that it “improves their motivation” and that there are many opinions that “hot meal (warm meal) should be served”.

There were also discussions to consider vegetarians as well.

The food was not approved by the committee, and carried over to the next and subsequent committee meetings held in late August or September.